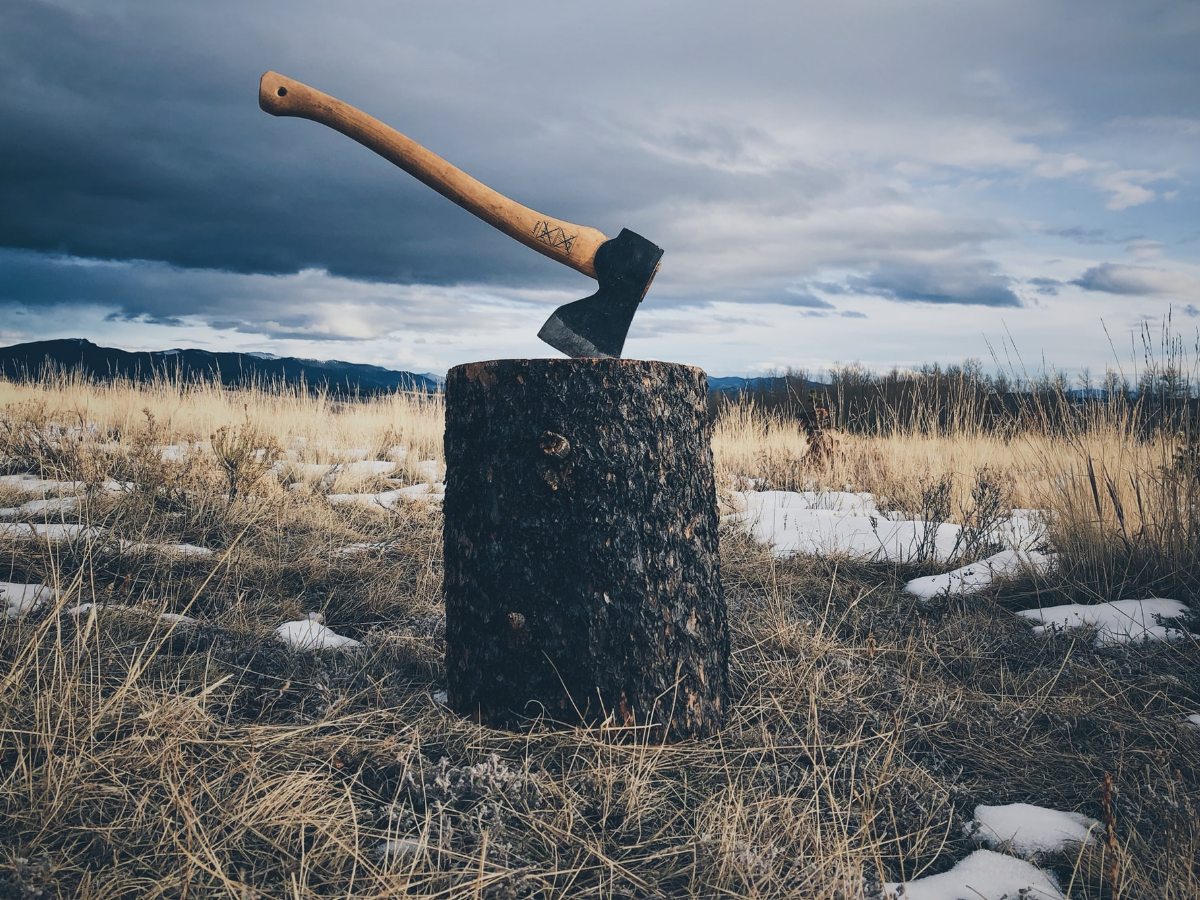 Here in Colossians 2:20-23 Paul makes some observations regarding the flaws in man-made rules and their ineffectiveness to truly deal with our flesh. Look with me today at these and survey your own life in light of this and how you seek to put away sin form your life:

1. MANMADE RULES DEAL WITH EXTERNALS ONLY, AND NOT THE TRUE SOURCE OF OUR SIN

Colossians 2:21: “Do not handle, do not taste, do not touch!” Paul is probably citing the false teachers’ own words to mock them. What Paul is probably saying here is that if you follow their rules, pretty soon you can’t even touch their forbidden foods, let alone eat them. We start to make the thing out to be bad when it really isn’t so that we won’t seek it or desire it. But we never get to the real issue of the heart and why we would even want the thing outside of the bounds in which God has laid out.

So if we want a solution to our sin problem, it has to come from somewhere other than manmade rules as we will see.

2. MANMADE RULES ARE SOURCED IN THE WORLD AND MANKIND, NOT THE PRINCIPLES OF GOD’S WORD.

Paul emphasizes this twice: First he calls these rules the commandments and teachings of men; then he calls it, “self-made religion.” It’s a type of worship which people make up for themselves, apart from what God has revealed. It’s a religion that takes some of God’s commands, but sets aside others. And it adds to what God has said by taking it farther than God intended. Lacks true authority and God-centered wisdom and power to do what we truly need to defeat sin.

3. MANMADE RULES APPEAR TO LEAD TO GODLINESS, BUT ONLY FEED PRIDE AND SELF-INDULGENCE.

Paul grants (Col. 2:23) that these rules have “the appearance of wisdom in self-made religion and self-abasement and severe treatment of the body, but,” he adds, “are of no value against fleshly indulgence.” This sort of rules-keeping approach to the Christian life only serves to feed the flesh, because it does not deal with our pride. Our wisdom responds to disobedience by just adding more rules as we have seen.

Pretty soon, those who keep the rules begin to look down on those who don’t keep the rules. The problem with these man-made rues is just this – that eventually our rules are elevated to that of Scripture and to break our rules is sin. See Mark 7:9-13. If we fall into this trap, pretty soon we’ll start thinking like the Pharisee in Jesus’ story who prayed (Luke 18:11-12), “God, I thank You that I am not like other people: swindlers, unjust, adulterers, or even like this tax collector. I fast twice a week; I pay tithes of all that I get.”

That story shows that we can take even good things and become proud of ourselves for doing them: It’s right not to be a swindler or unjust or an adulterer. It’s right to fast (for the right reasons) and to be faithful in stewardship. It’s right to study God’s Word, to spend time in prayer, and to be faithful in gathering with God’s people to worship. But when you begin boasting, even to yourself, about your performance, you’re acting in the flesh, not in the Spirit. And the flesh never produces true godliness.

As believers, we must recognize that man-made rules and regulations and traditions have no real power to change our heart, the true source of our sin. It is only thru a change of heart and mind that will lead us to true holiness and the defeat of sin. Hence the gospel and the promise in the New Covenant of a new heart.

How then, if these don’t work, how then do we deal with our flesh? Where is the victory found?

At the heart of everything Paul says here is verse 23 – fundamental to everything that Paul says about external rules and regulations. Why they are ineffective in the end. Because they do not attack the source of our sin – the heart.

At the heart of what Paul says here is that you can do everything right externally, and yet not really love God. You can eat certain food and drink, abstain from certain food and drink, do this and not do that, celebrate this and not celebrate that, and yet never love and have a real relationship with God. Please get this. Or you can avoid doing them outwardly but inwardly you crave them.

To be sure, these have the appearance of wisdom, as Paul says in verse 23. They look good from the outside, and people who follow these and live this way appear holy from the outside, and yet they never capture or change the heart of the person. Not sourced in the sufficiency and supremacy of Christ. That is the issue. Right goal, wrong means of accomplishing the goal.

They are according to man and not according to Christ (2:8). Christ is the incomparable one, not our wisdom. And so ultimately the wisdom of man here in regulating behavior by externals rather than a new heart and the power of Christ has no real power, and as such are of no real value.

External, man-made rules are incapable of changing our hearts and putting away sin from our lives, and thus they are inferior to the work of Christ who alone has the power to do both.

This is what Jesus taught over and over again. After Jesus confronted the Pharisees for their external religion, while their hearts were far from Him (Mark 7:6-7), He went on to point out that all sin begins in our hearts. He said in Mark 7:20-23:

“That which proceeds out of the man, that is what defiles the man. For from within, out of the heart of men, proceed the evil thoughts, fornications, thefts, murders, adulteries, deeds of coveting and wickedness, as well as deceit, sensuality, envy, slander, pride and foolishness. All these evil things proceed from within and defile the man.”

The issue is our heart, and external rules will never change or capture our heart. And the heart of our live as Christian is to come from a heart that seeks to please and serve and glorify God. Not simply because rules say to do something or not. External rules never change our hearts so the real issue is never dealt with.

Look at Romans 6:17 to see this. Our obedience is to be sourced in the gospel and our salvation and adoption as God’s child rooted in hearts that love the Lord for who He is and what He has done.

Rules can only go so far. And they never create new hearts that get beyond just the external act, but to a new heart that abhors the act. And it is easy to settle for externals. See 2 Timothy 3:1-5. May we not settle for a form of godliness and yet miss the real power for godliness in the gospel and Spirit within us. To look to rules or settle for externals is to deny the all sufficiency, the preeminence of Christ, and that's the worst lie there is. The ordinances and the rituals are there, but they are external.

Christianity is not a matter of external ritual, but a matter of a relationship with Jesus Christ. And from our love for the Lord everything flows. It is to choose is to prefer one thing over another thing. If God is to get glory in our choosing against sin, it must be because we regard God and what he is and promises as preferable. In this we can ultimately defeat sin – thru a greater love for something or someone more than our sin.

Choosing is finding one thing preferable to another thing. You are dead to sin and its desires; they do not look preferable. You now see God as preferable to the fleeting pleasures of sin. You are alive to God and he looks preferable. You are so satisfied in God’s work thru Christ because in Christ we have been made complete. If Satan attacks with deceitful desires, counter with reliable desires that will not let you down, and that lead to everlasting joy. See yourself thru Christ.

In other words, the front-line battle against sin, which glorifies God, is based on what he has done for us in Christ to forgive all our sins and count us righteous in him, and is fought by experiencing death to sinful desires and life to new desires, new preferences – God and his way!

Labor to know what God has done for you in Christ. And look to him continually until you see Him as preferable to all other things. That we would love God more than the things of this world. That is how we defeat sin, by loving someone more than our sun and understanding who we are in Christ. We will see next week how this looks in our everyday lives.

That we would be like the man in Matthew 13:44 who finds a treasure in the field and in joy sells everything to buy that field. Not in rules or burden or anything self-generated, but in joy we would serve God in gladness. Because we trust Ps. 16:11, that in Him are fullness of joy and pleasures forevermore.